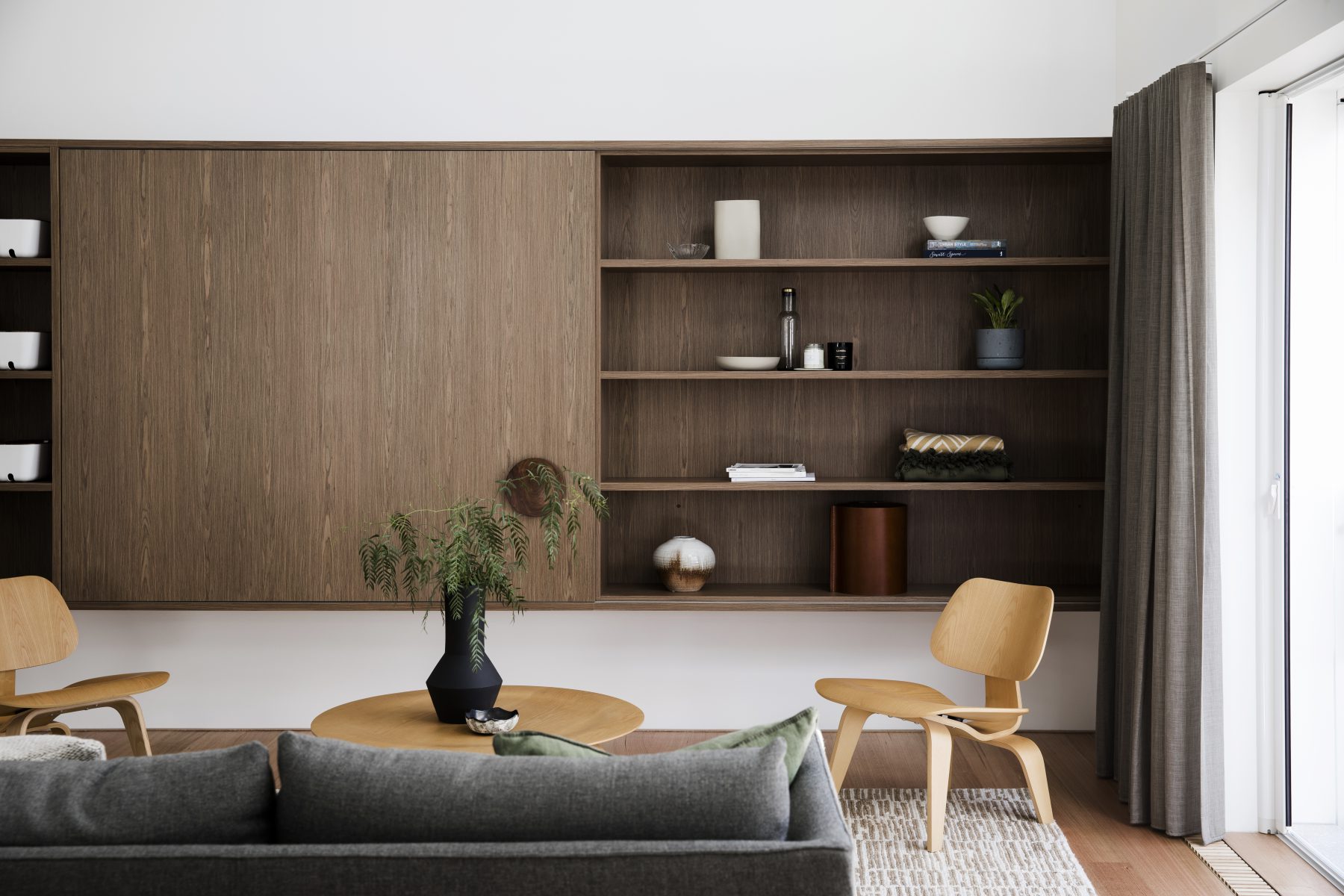 Gladesville
Land of the Wallumedegal

The brief — Revive a red brick post-war cottage with two levels, a basement rumpus room with a low ceiling and little connection to the outdoors for a modern family of four.

The result — A contemporary warm, tactile and airy reimagining of the home’s original mid-20th century design. By removing the floor above the original basement level the former rumpus room is now transformed into a lofty, double-height lounge and kitchen area open to the rear garden and flooded with natural light.

An adjoining dining area has been created as an intimate garden room. Flanked by courtyards on both sides the pavilion-style design features an inviting window box to the back of the dining space, which promotes light, openness and lounging. Expansive bi-fold doors to one side accentuate the feeling of connection to the outdoors.

The sense of calm within the home — heightened by its warm tactile materiality — is further emphasised in the new master bedroom. Formerly the entrance to the house, the new suite is now separated into a series of zones by a walnut timber divider, which on one side features a sophisticated, serene sleeping area and on the other, a luxurious bath and dressing room.

Walnut timber joinery in the kitchen, vintage furniture pieces, olive-toned tiling in the main bathroom and the considered use of natural stone and timber for benchtops and flooring throughout take inspiration from the home’s mid-20th century era interior design. 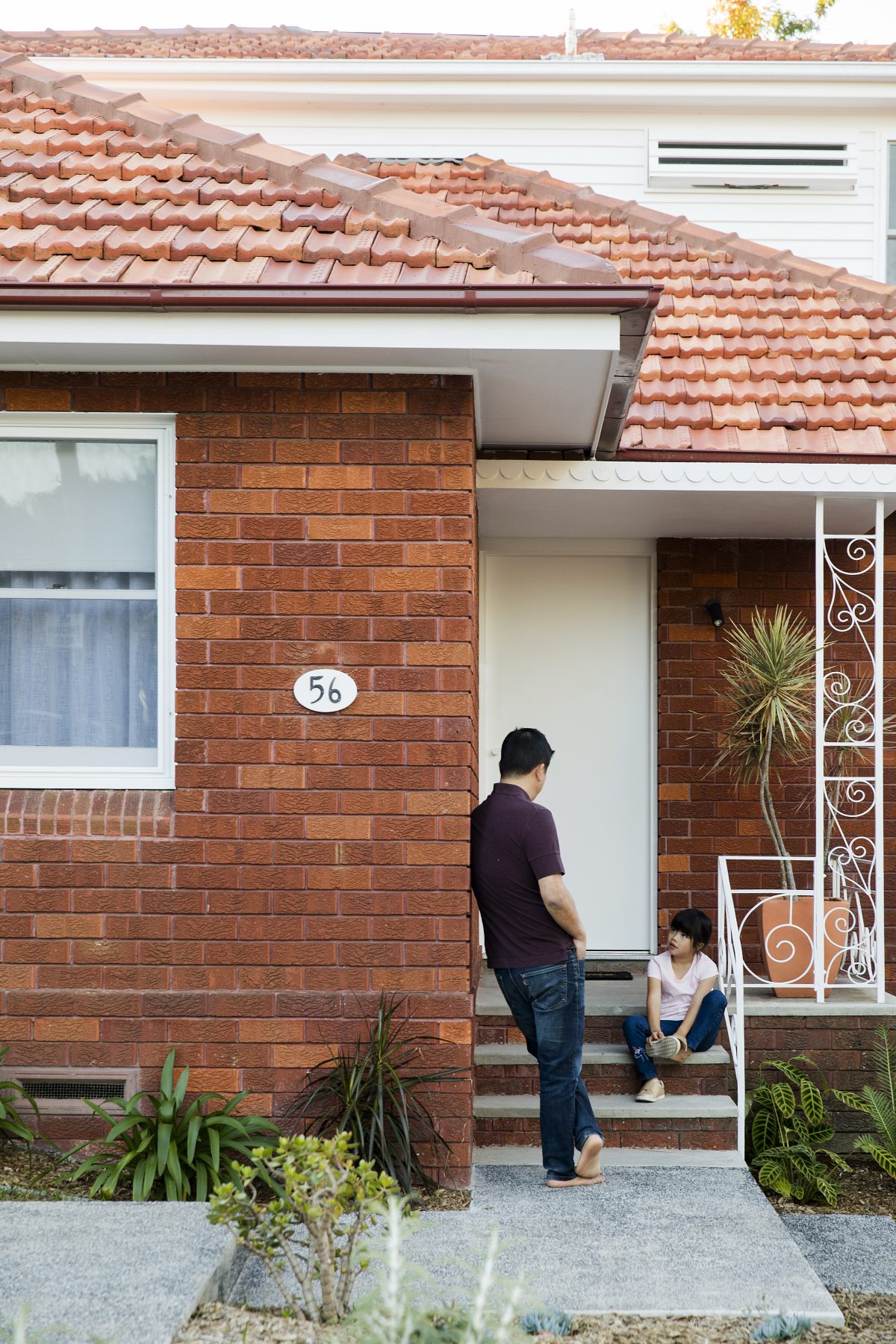 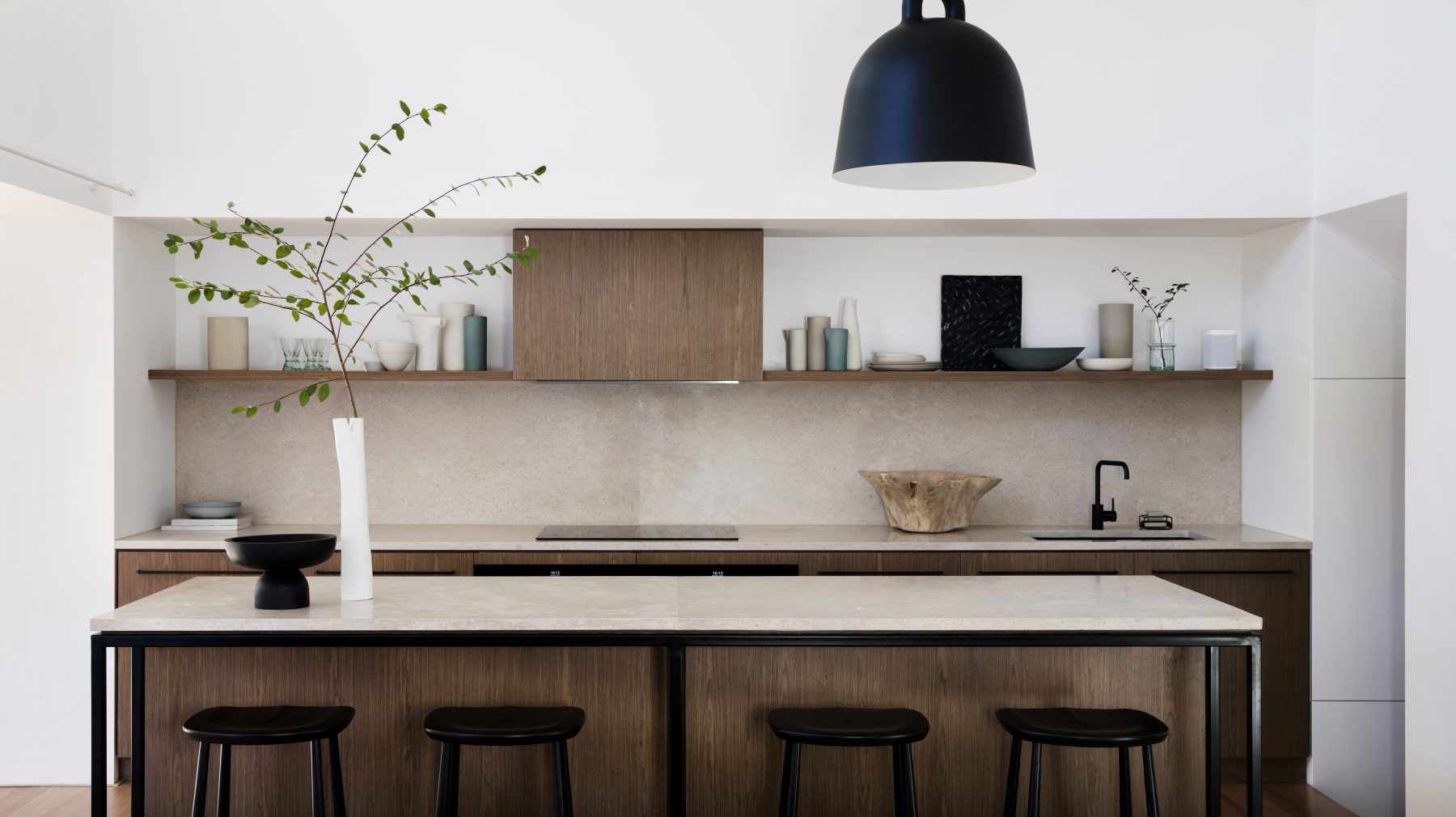 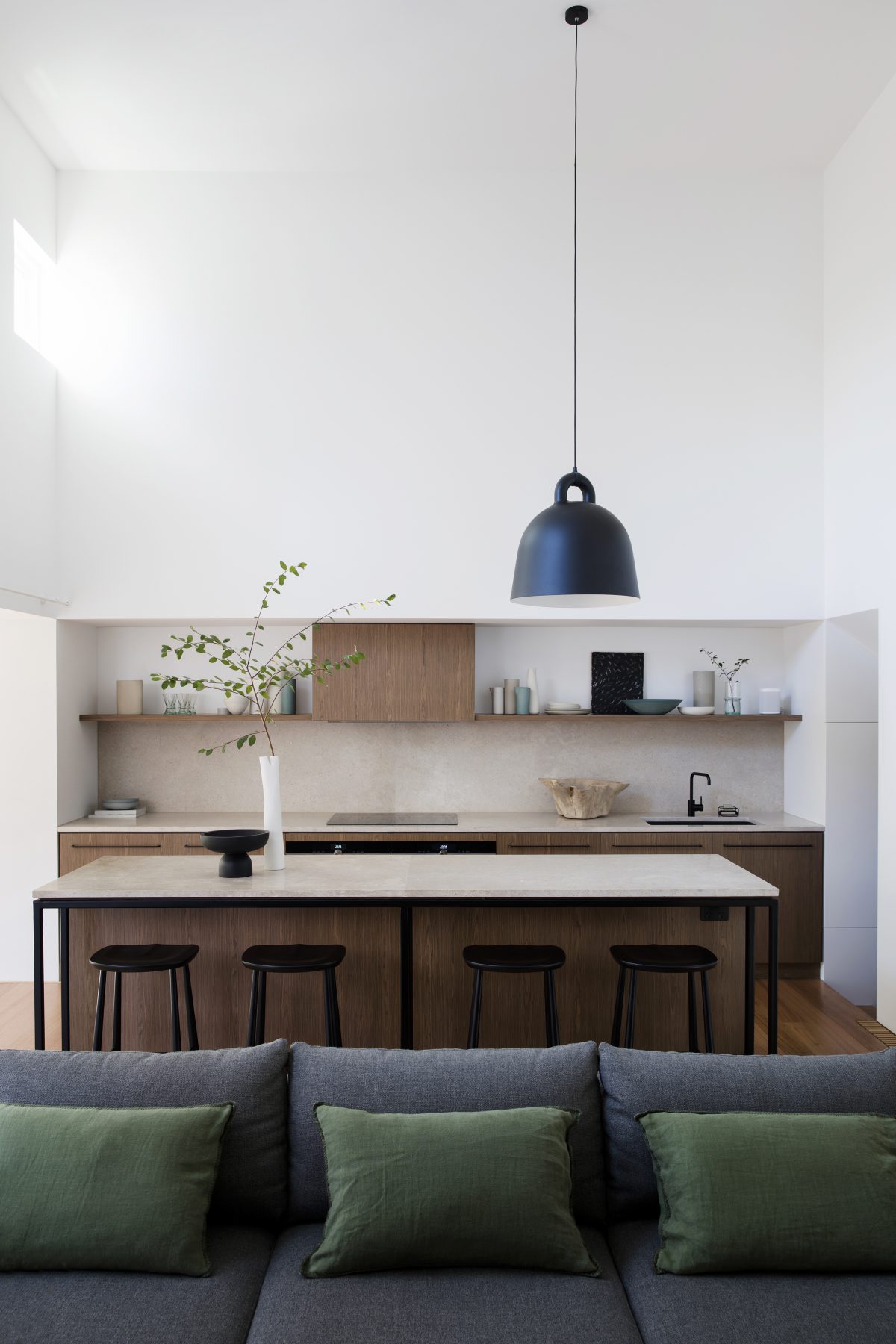 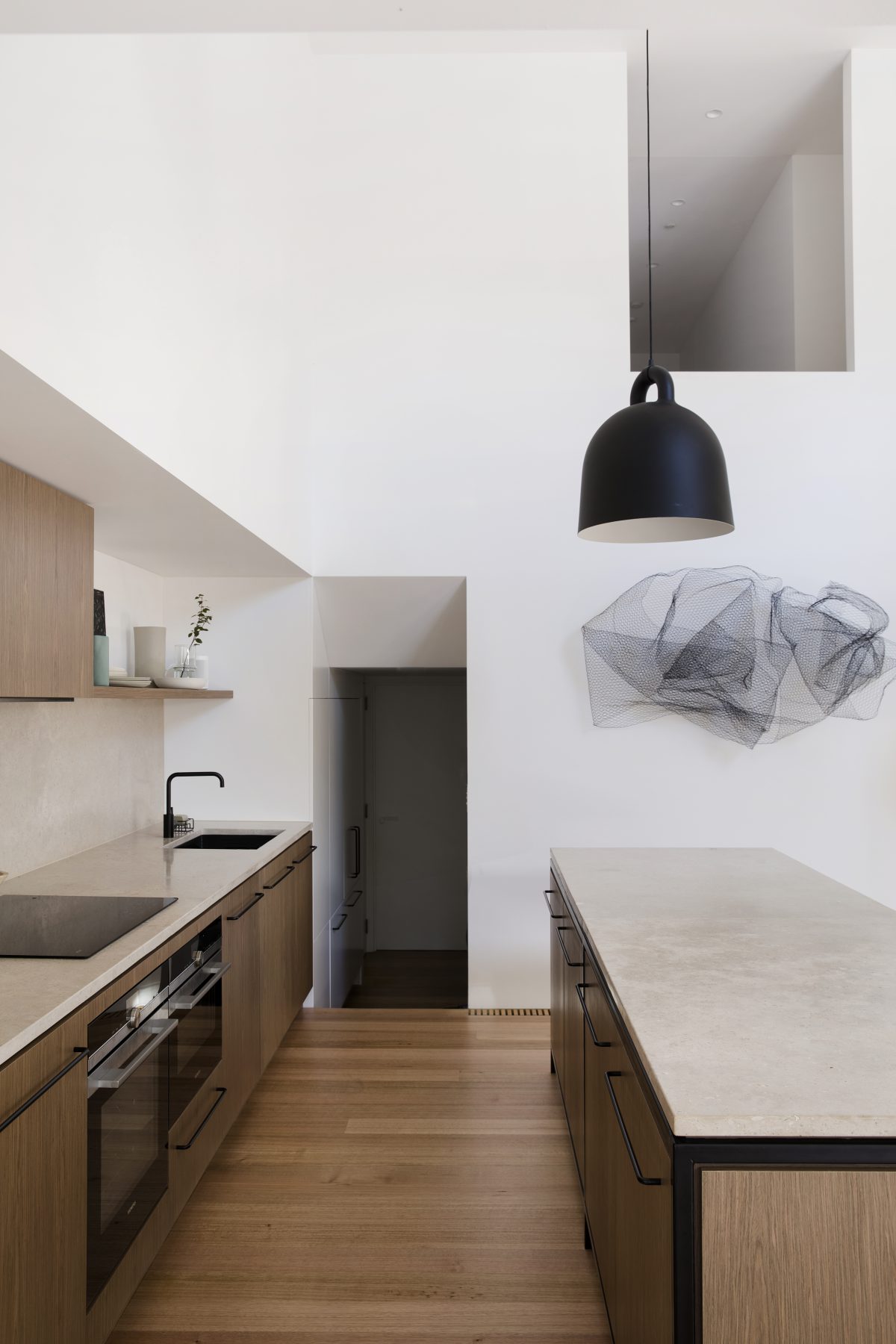 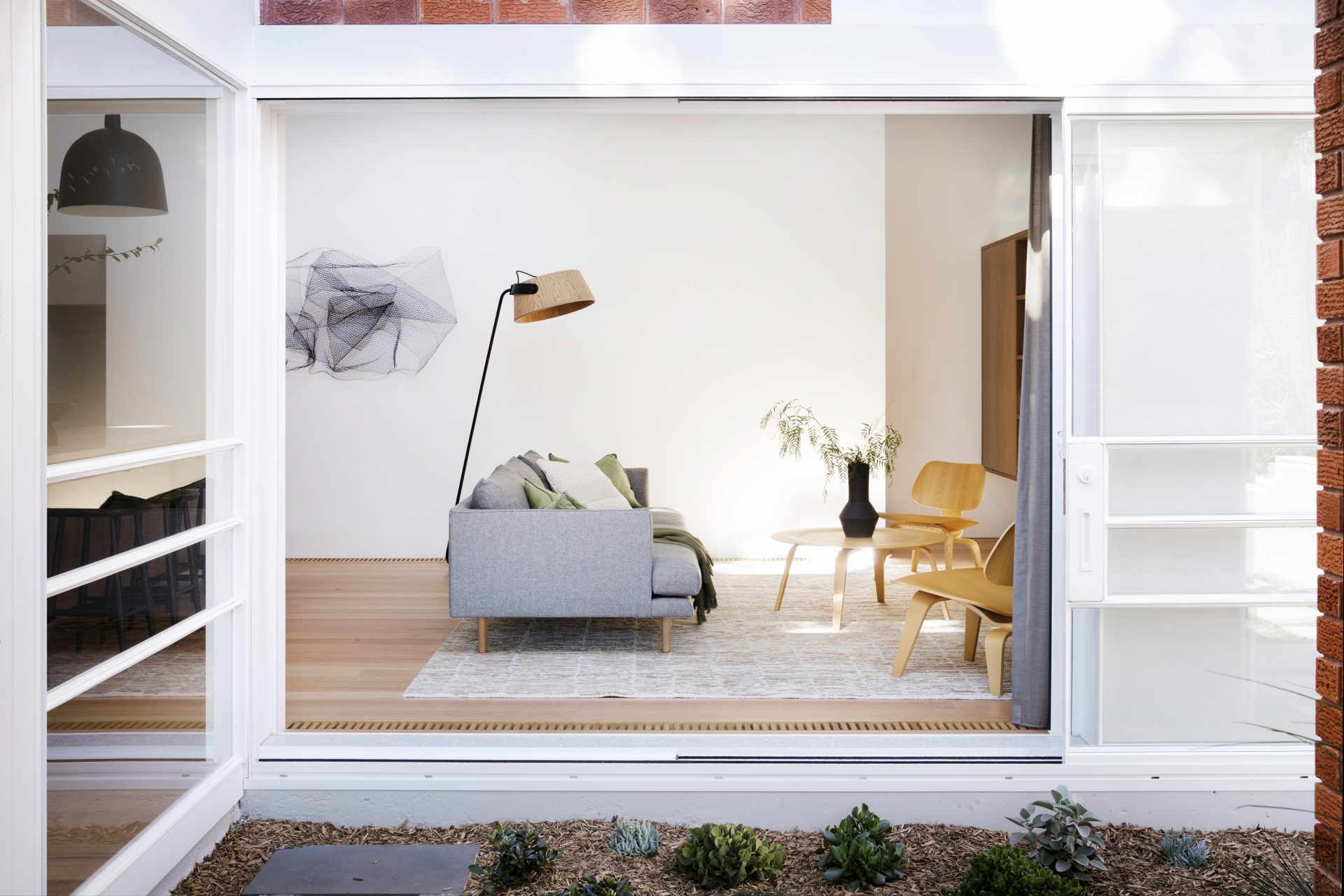 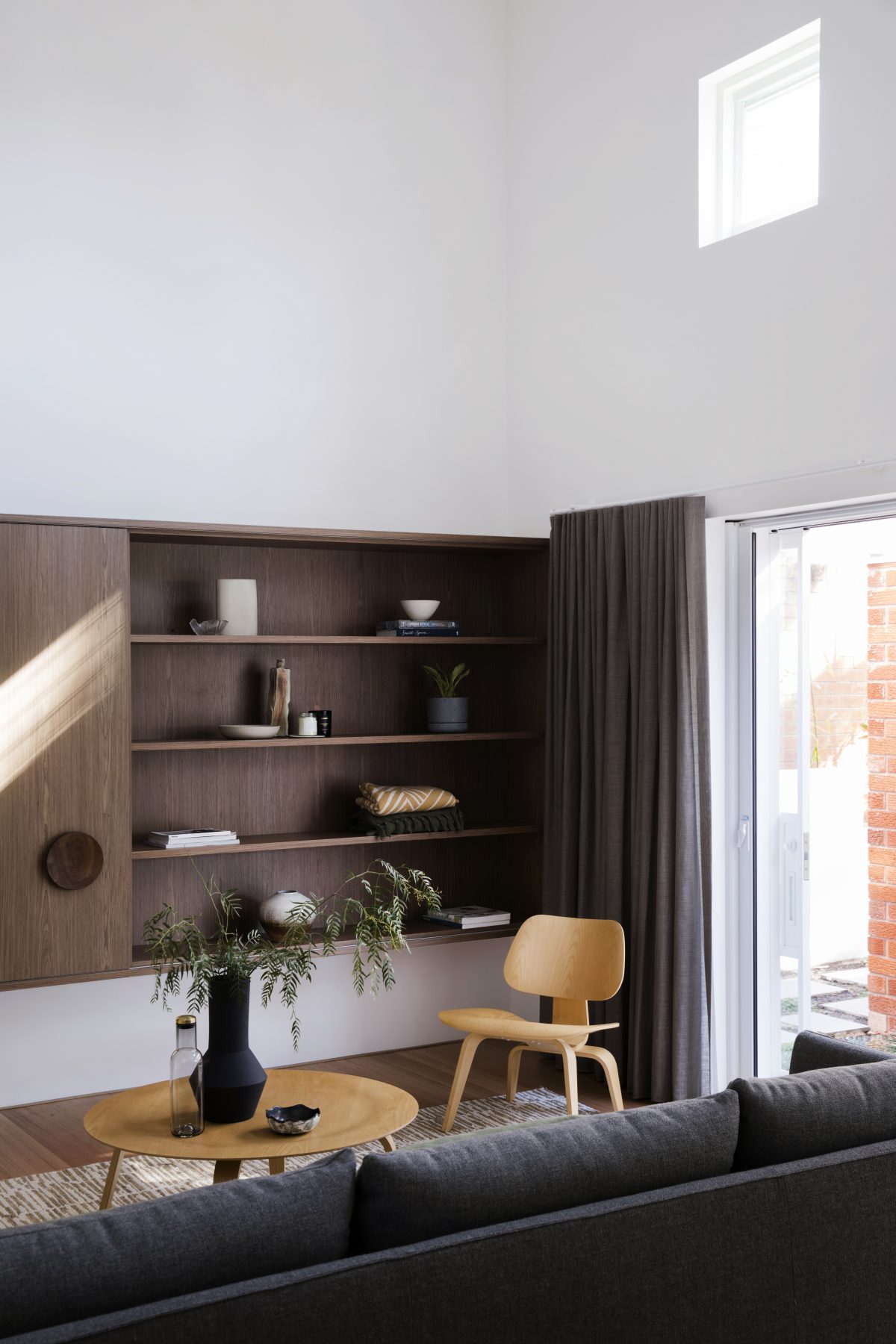 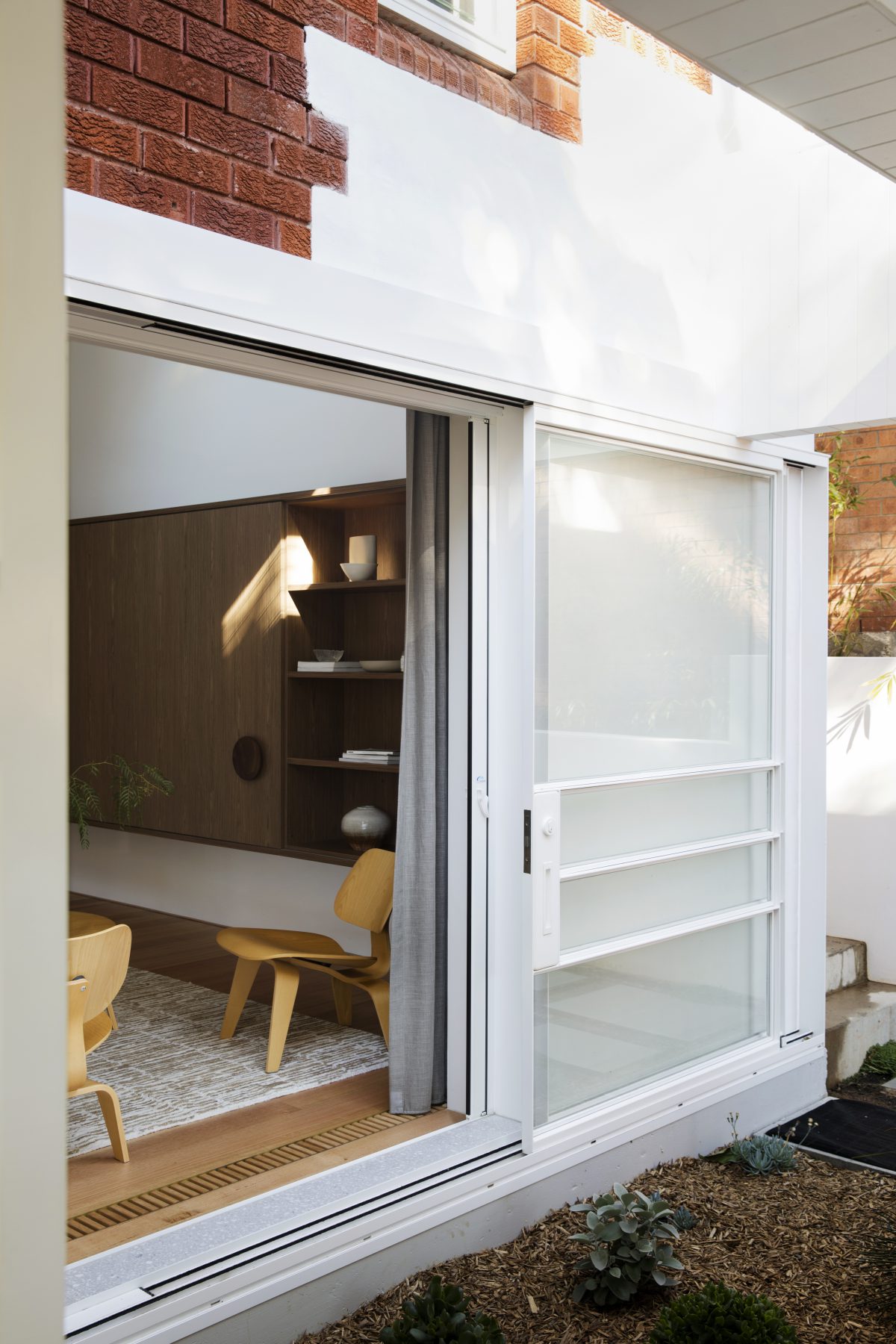 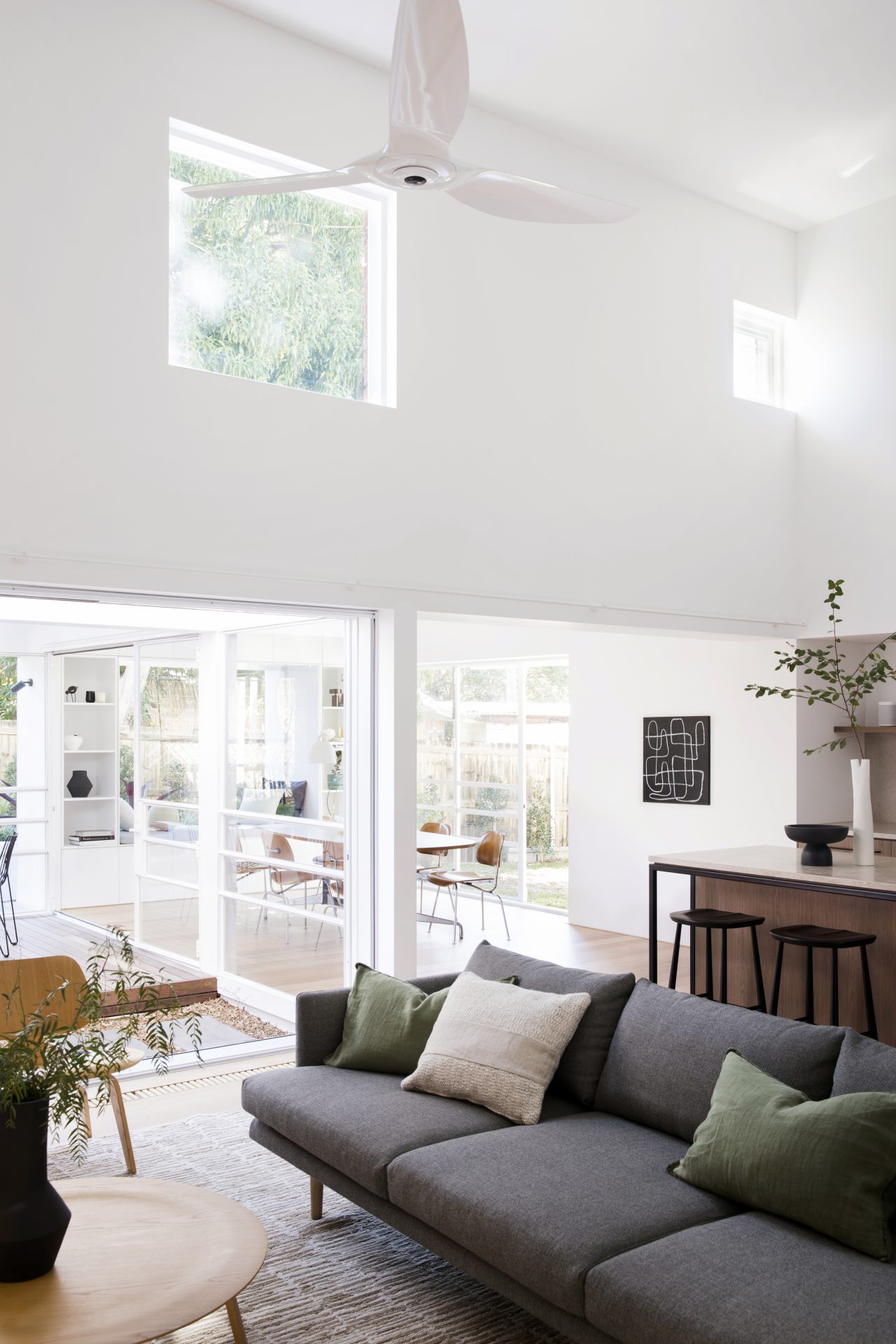 A welcoming oasis of warmth and balance. 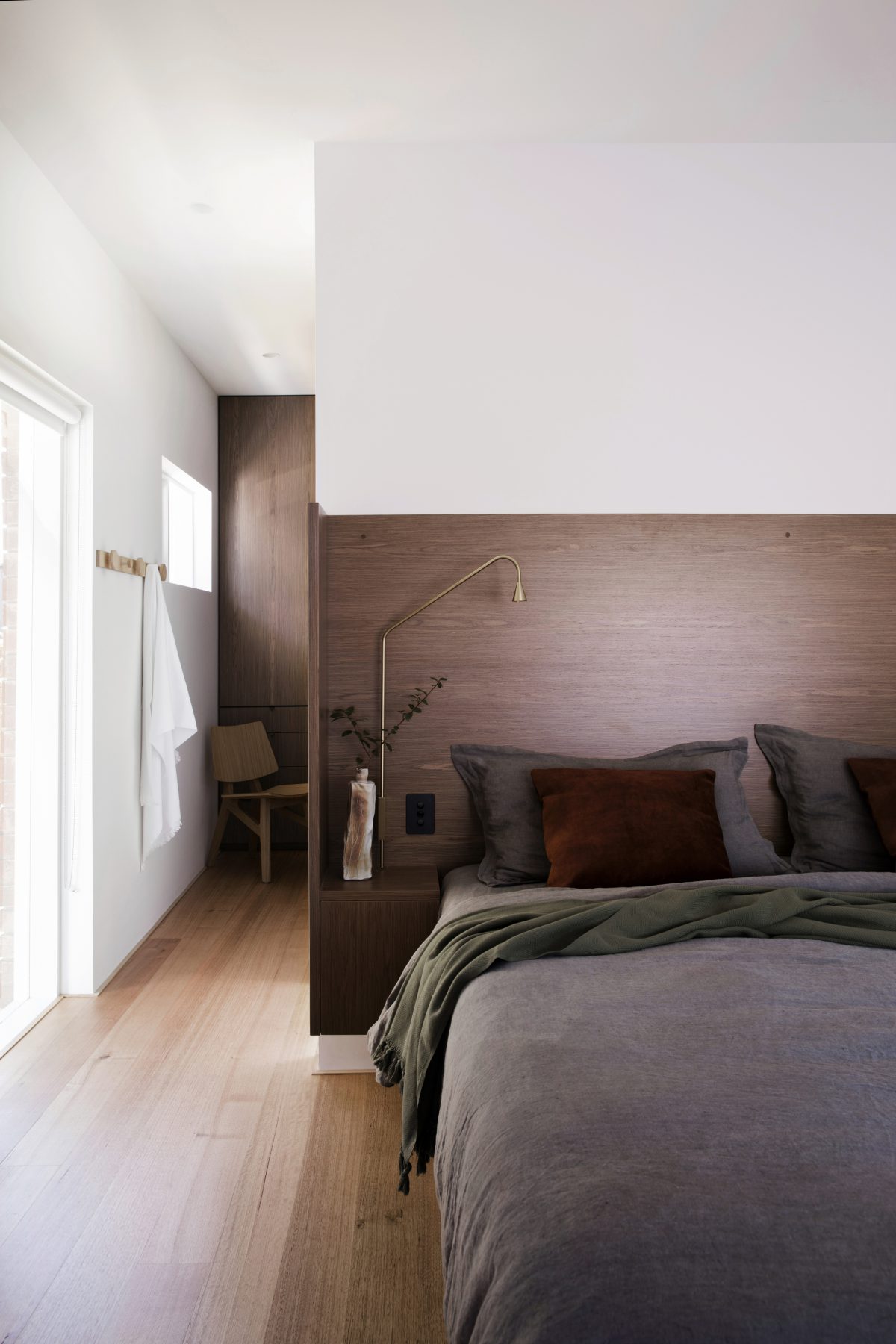 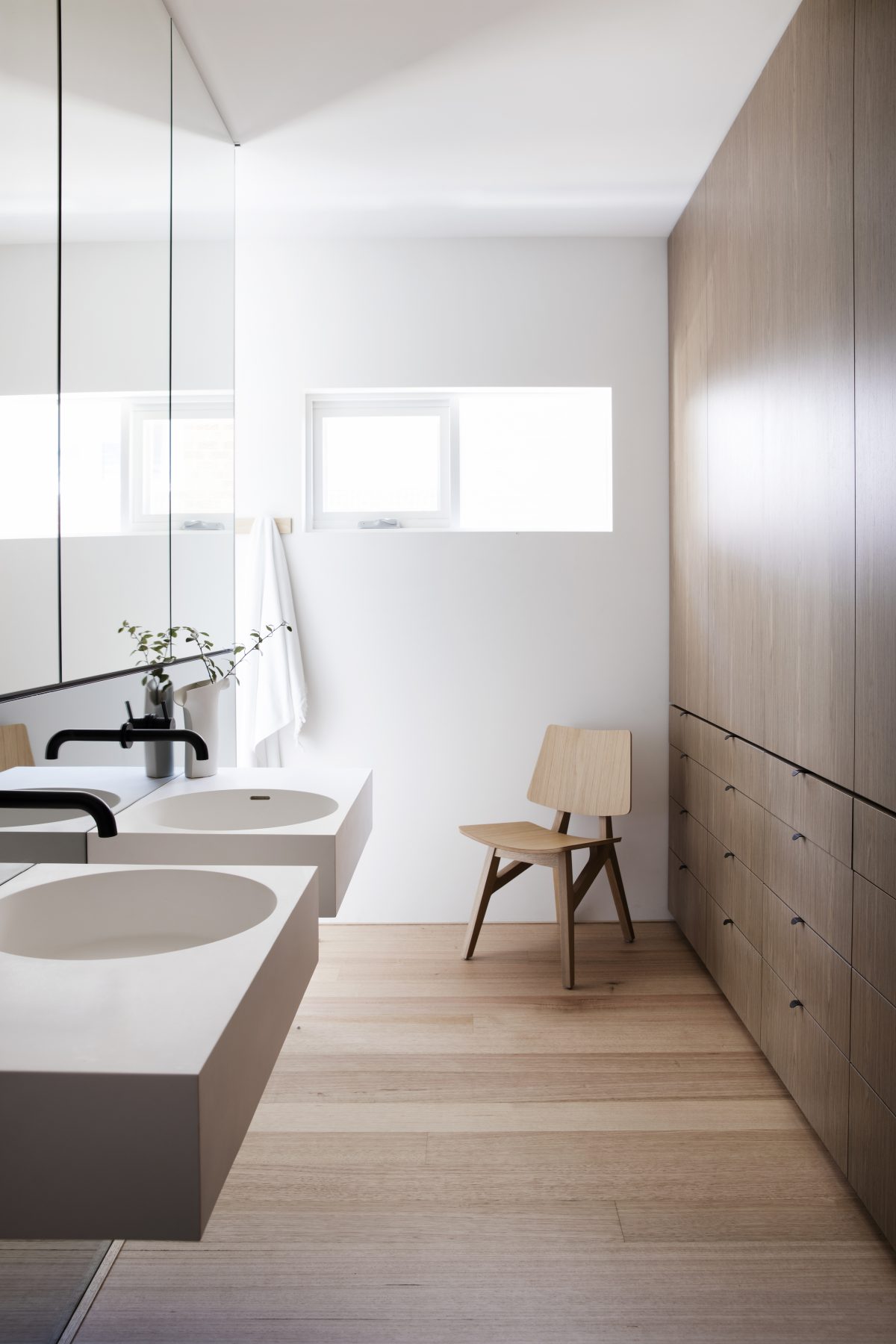 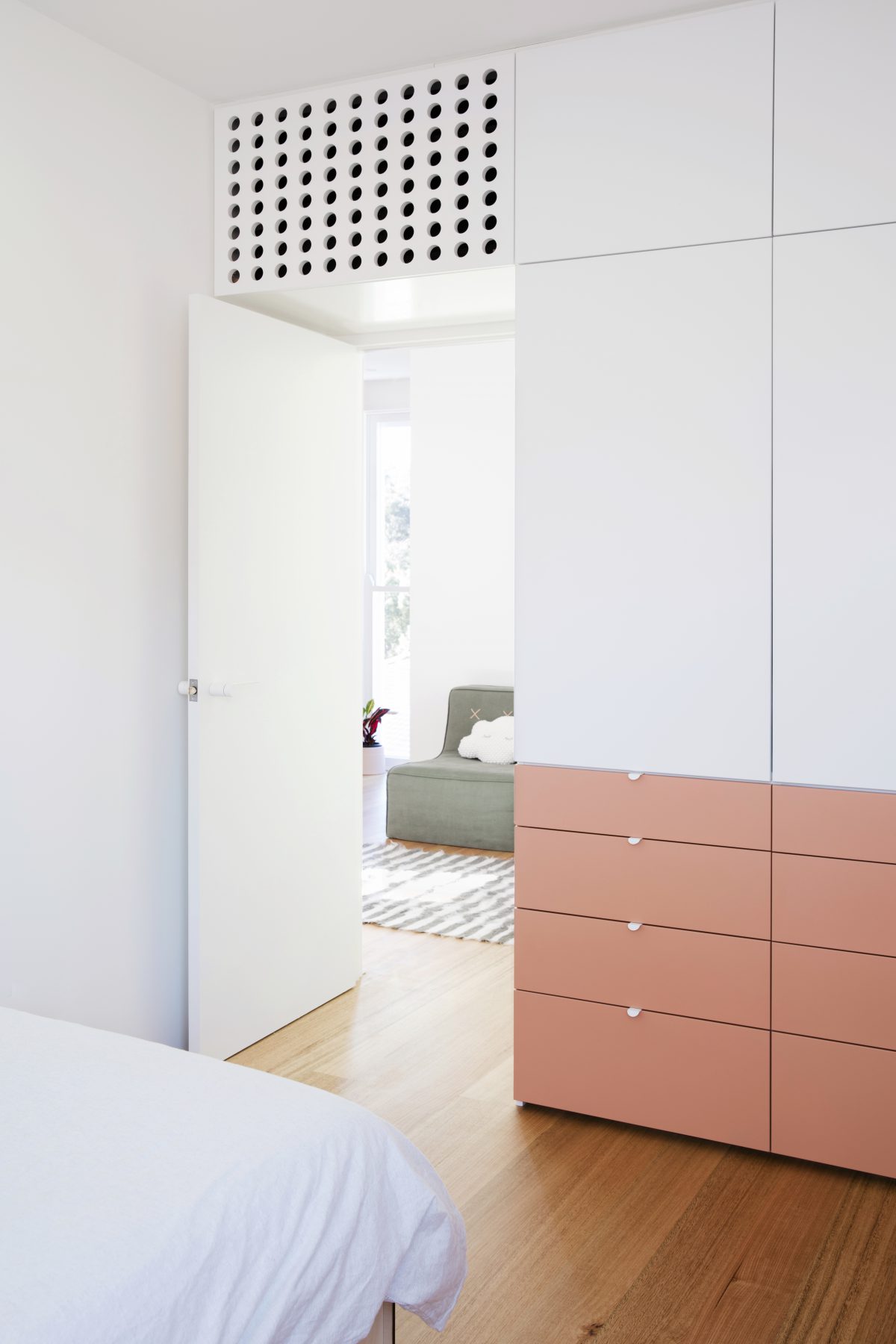 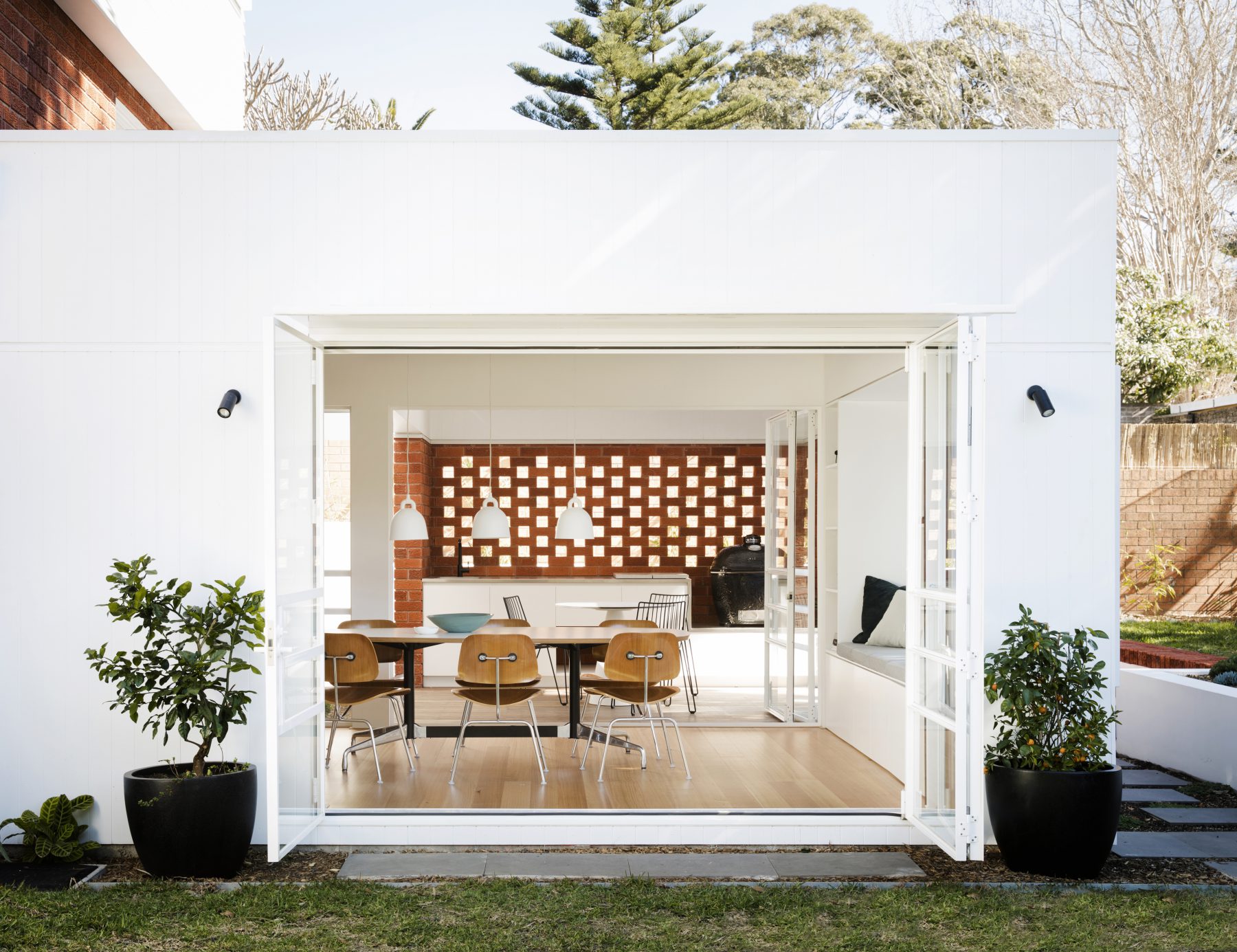 The comfort of the familiar meets the surprise, delight and airy, light-filled joy of the new. 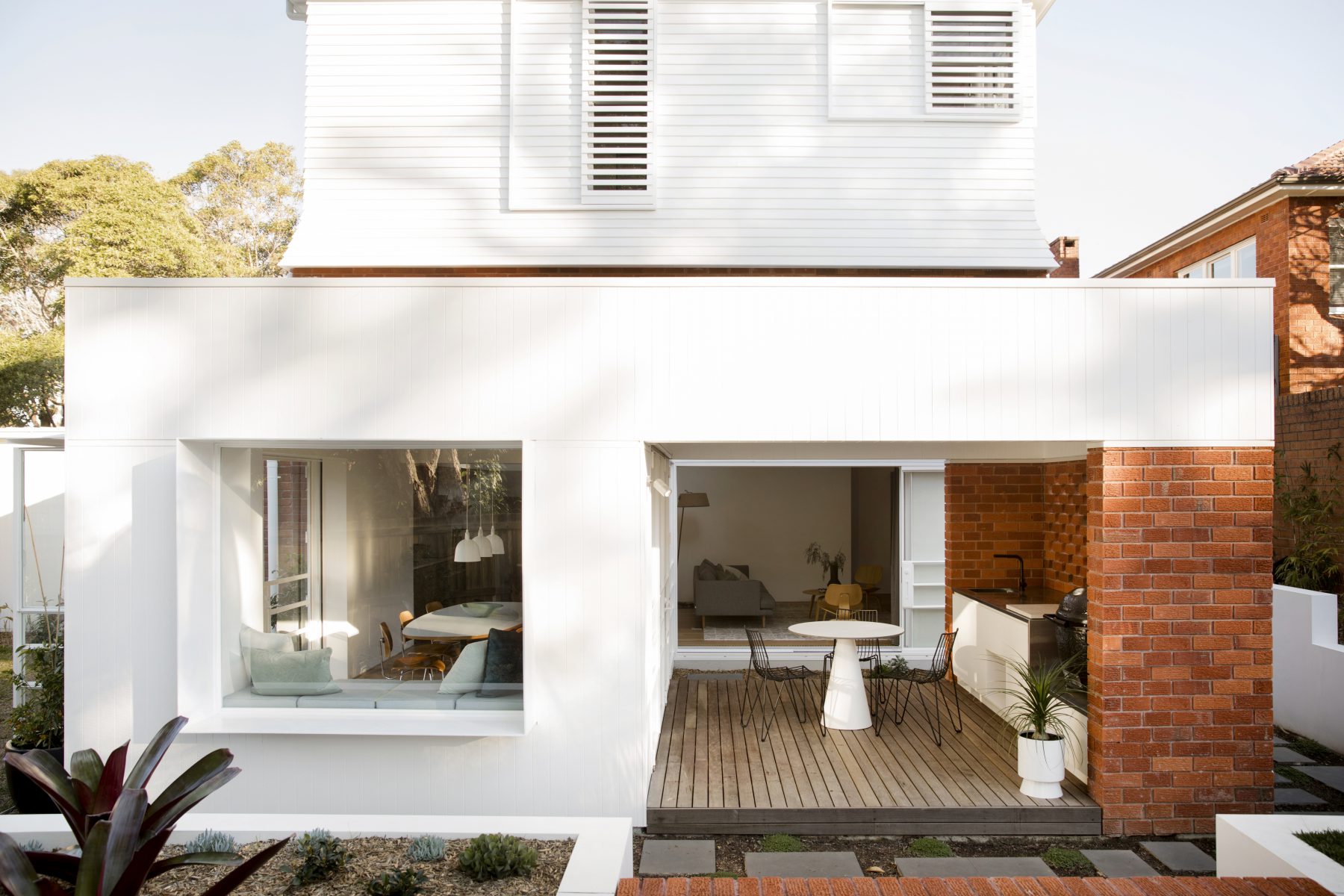 "Studio Prineas’ mid-century revival is grounded in what they do best: a laser attention to detail, thorough consideration of a home’s history and context, and completely attune with the minutiae of family life."