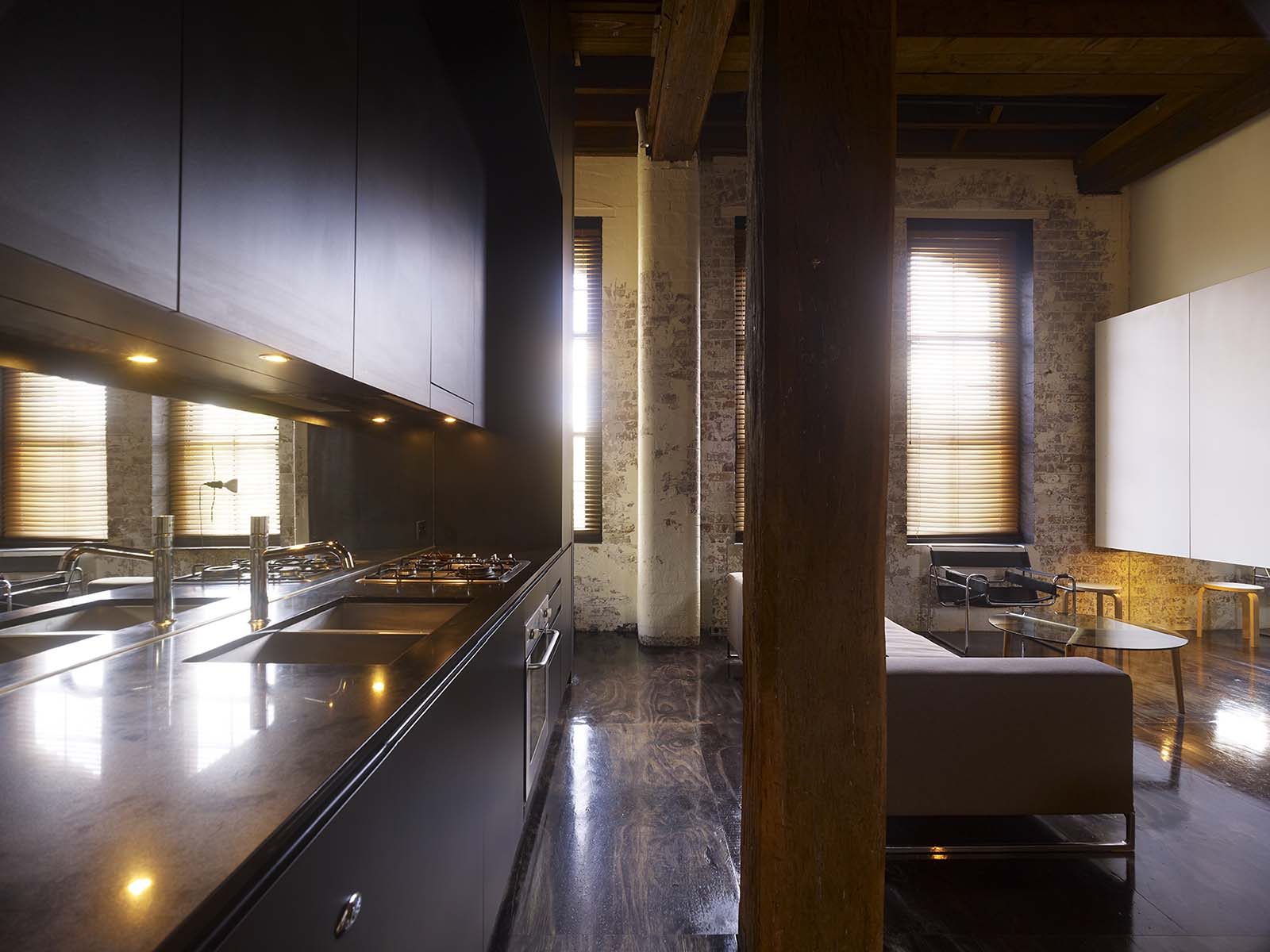 Darlington
Land of the Gadigal of the Eora Nation

The brief – Balancing a tight budget, rework a generic warehouse conversion into a sophisticated urban retreat celebrating the scale and heritage of the original building.

The result – An elegant two-bedroom warehouse apartment that champions its industrial origins. The genius of this reimagining is in its simplicity. The space was pared back from its domestic conversion by pulling all functional areas such as kitchen, laundry, ensuite and bathroom away from the perimeter and consolidating them within one soaring, central black pod.

To further emphasise the monolithic scale of the original interior with its structural grid made up of immense Oregon timber columns and beams, standard architraves were removed and domestic scale doors replaced with full, three-metre high pivot doors. The original patchwork of carpet and timber flooring was made seamless by updating with panels of economical plywood, stained dark and sealed in a sleek, reflective high gloss finish. 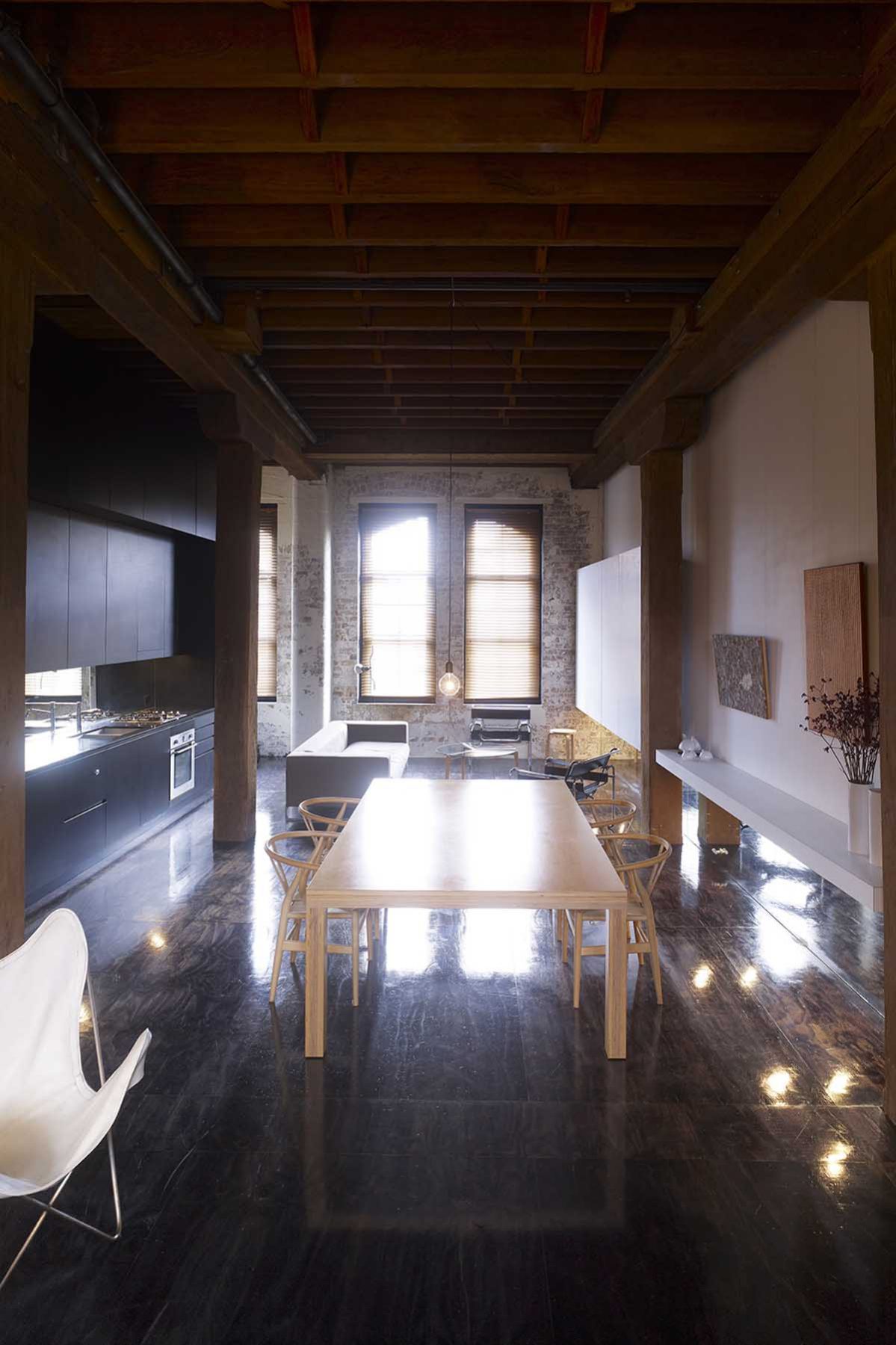 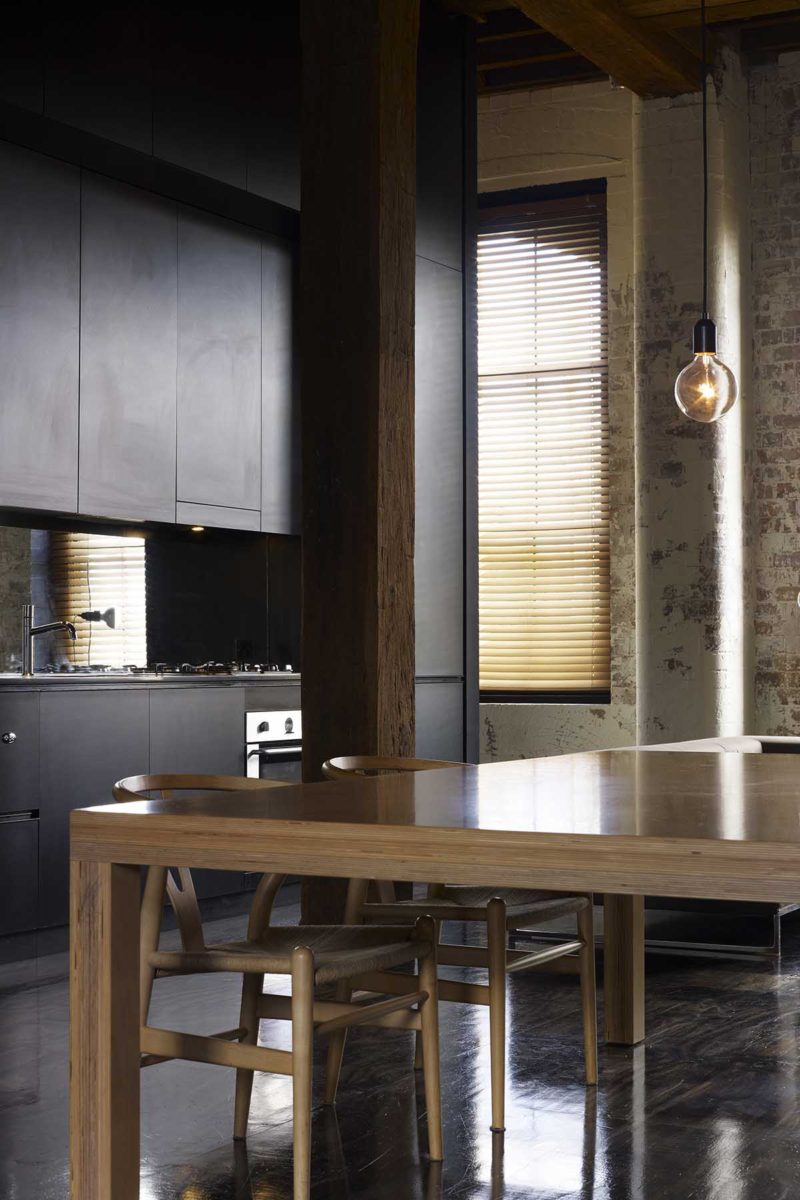 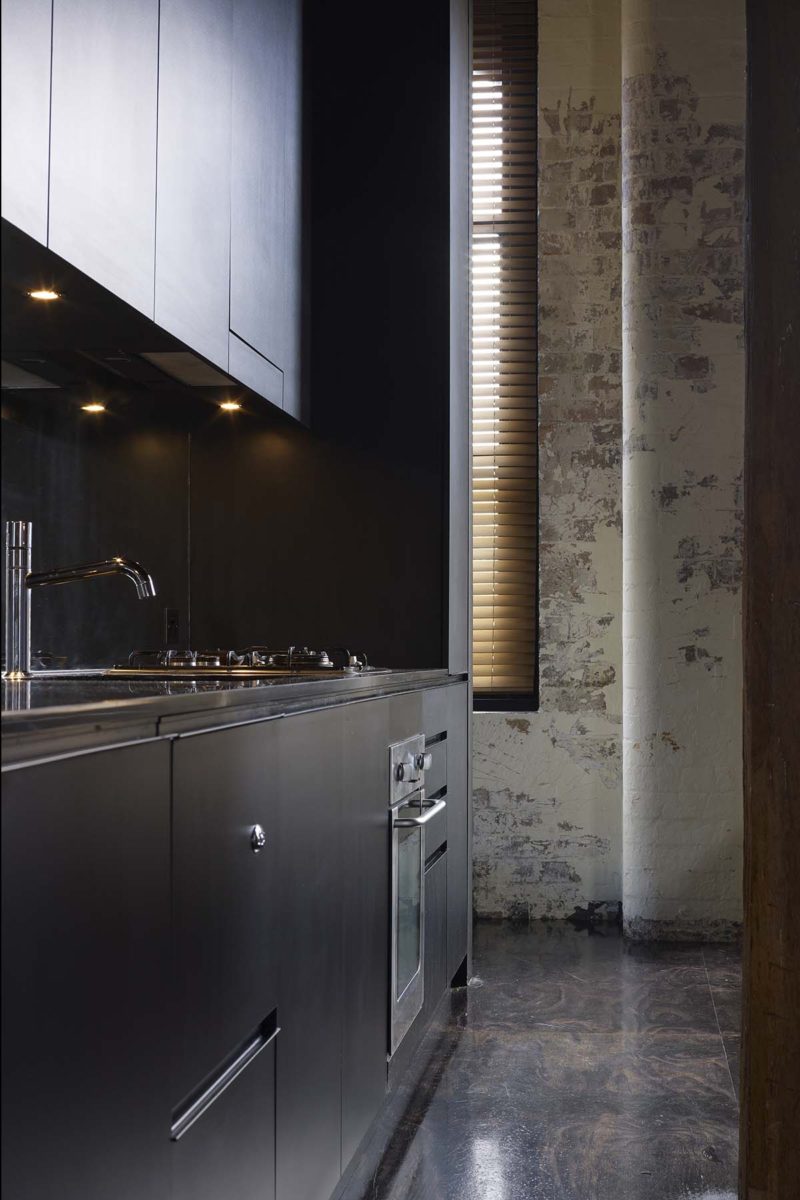 For the love of lofts. 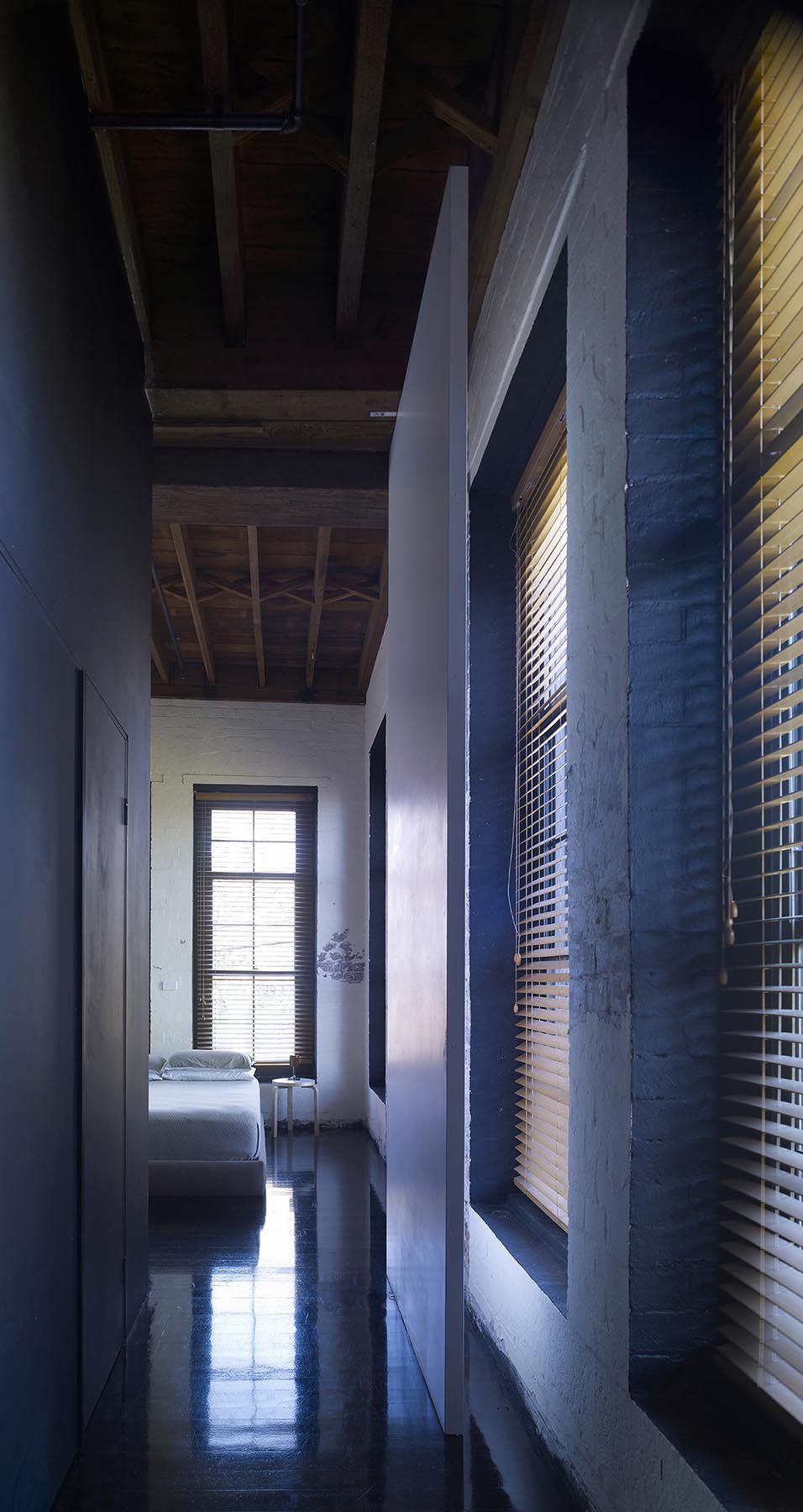 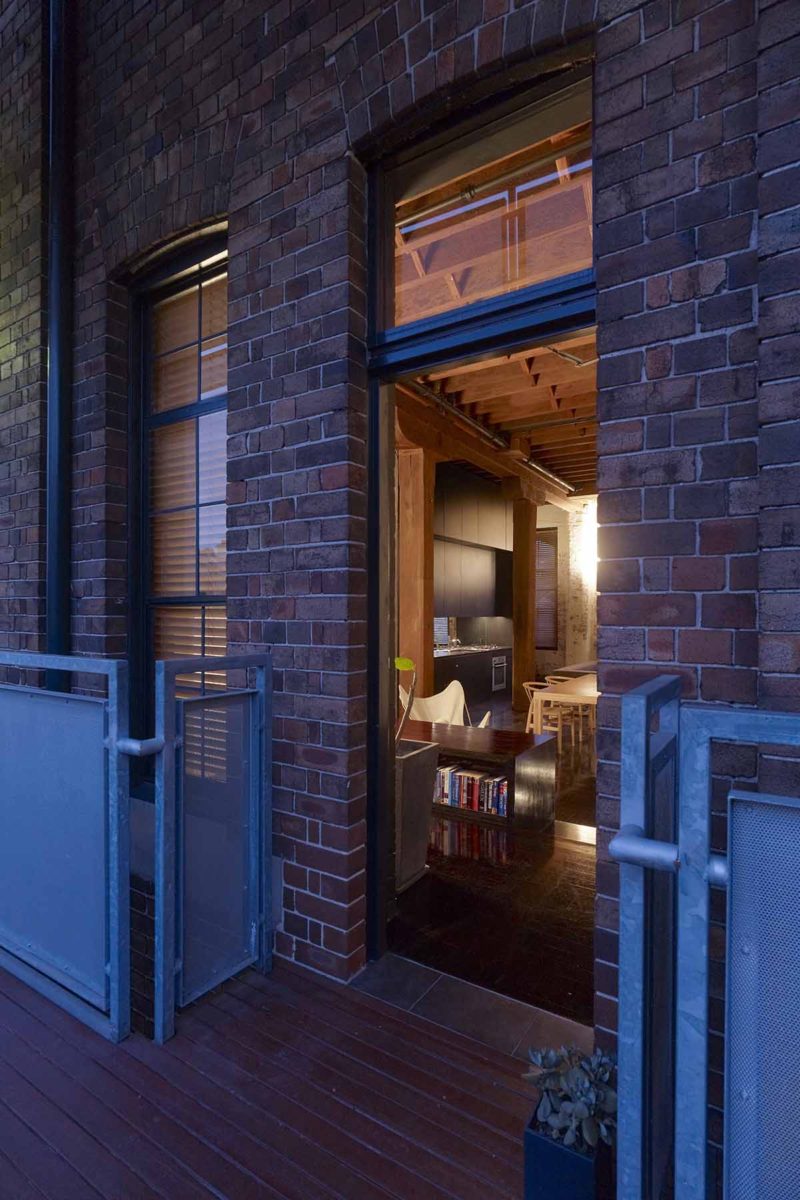